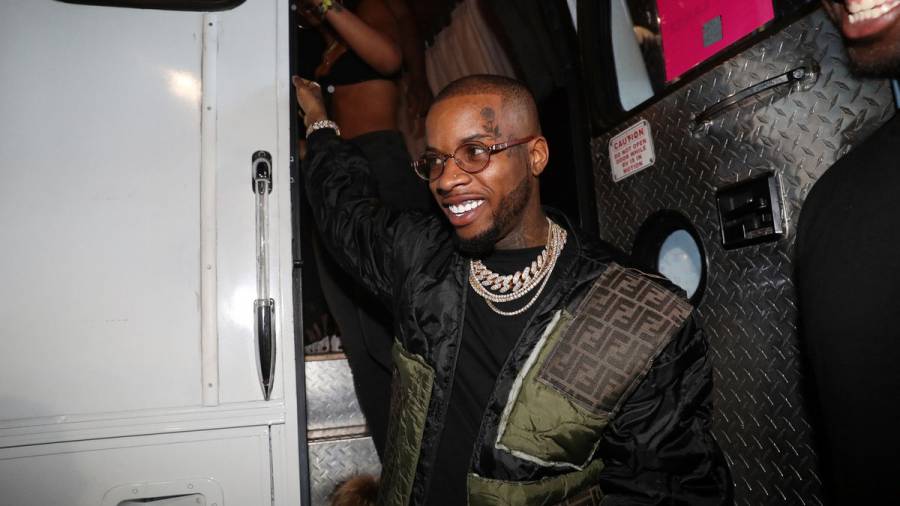 Tory Lanez got into a social media spat with Pretty Ricky’s Spectacular over the sampling of the R&B group’s single “Your Body” on the former Interscope Record artist’s cut “Yessirr.” The back-and-forth began when Lanez joked about Akon’s recent collaboration with Tekashi 6ix9ine via Twitter on Sunday (June 7).

“@torylanez you should just stole it like you did Grind On Me and Your Body,” Spectacular commented on Instagram. “Why stop now ….. Just keeping it 2 Virgils.”

But Lanez fired back, “STOLE WHAT ??!? Actually I BOUGHT the rights from whoever signed u and publishes your music …. But I guess you weren’t apart of that conversation. go stare in someone eyes and rub on someone thighs and leave me outta this one …. goodnight my black brother.”

Spectacular then addressed Lanez by his government name and contested the multi-platinum selling artist’s side of the story.

“Look here Daystar,” he wrote on Instagram Stories. “Now you know that’s [cap]. How you going to buy masters from someone other than the masters owner. What type of business you’re doing. I let you sample our RECORDS. You didn’t ask us, you put it out without our permission. And we still let it ride. I could have snatch your song down like you did mines.”

He continued, “After you did some bad business on a record that I paid you for 4 my single but hey I still love and support you. That’s what supporting each other is about black man.”

Lanez responded to Spectacular’s allegations by providing receipts of his sample clearance to The Shade Room. The paperwork displayed an agreement with Sony/ATV Music Publishing and detailed the percentage splits for “Yessirr.”

According to The Shade Room, Lanez said Pleasure P was in the studio when the song sampling “Your Body” was recorded. He also noted P and fellow Pretty Ricky members Slick’em and Baby Blue were originally supposed to be on the record.

Check out the second photo in the post below for a look at the paperwork.